How to Stop Puppy Biting 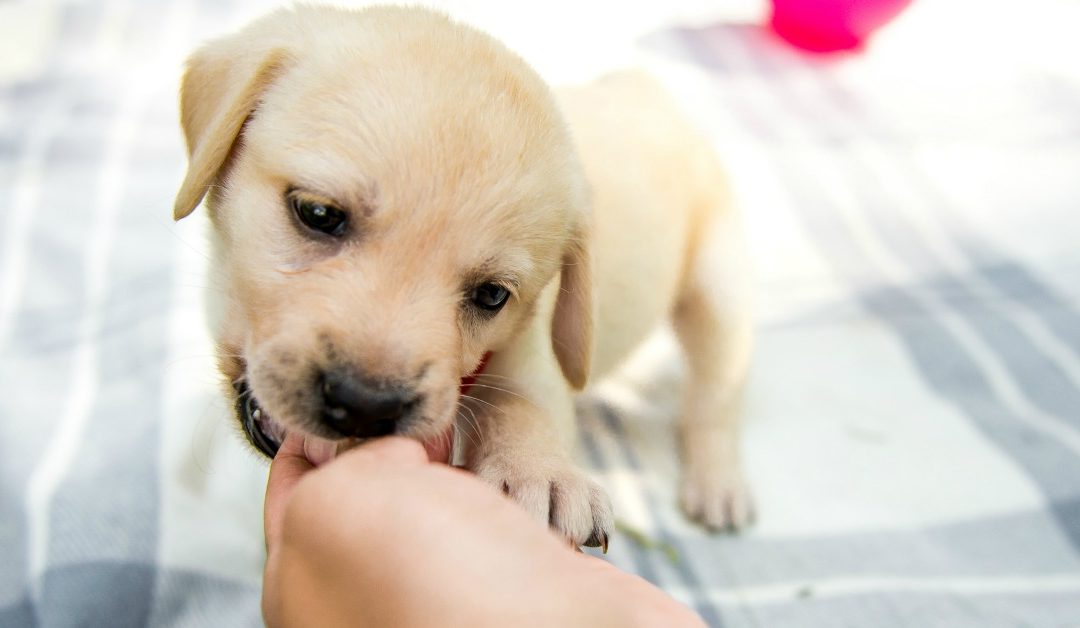 It’s easy to spot those people who have a puppy at home. They’re the ones with the pleading look in their eyes and the many scratches on their arms.

Puppies are cute, of course, but they are also a lot of work and require us to teach them the rules of living with us wacky humans.

And job #1 is teaching bite inhibition. That biting hurts so please don’t do it.

Puppies come armed with a good set of pointy needle-like teeth and they sure love to use them. And that’s normal.

You have to understand that puppies bite. -That’s what puppies do, they bite stuff – anything and everything. It’s very normal behavior and something that anyone who has brought a puppy home has to deal with. We know it’s going to happen so the question isn’t how to prevent it, but how to teach your pup that it’s not appropriate to do with us.

Keep in mind that the reason your puppy is biting you is play. In fact the reason he does everything is play. That’s his only motivation and the only thing on his agenda. So don’t take it personal.

There’s a couple of things we can do to teach your puppy the proper way to interact with us and to only use his teeth on toys.

First, make sure you NEVER play without a toy. Don’t wrestle or play with your hands – ever. This only teaches him that going for your hands is cool. You have to think big picture here. If he wrestles around with you and gets used to playing with your hands, he’ll do it with everyone. Dogs are very black and white about things – it’s either always appropriate or never.

If you allow it, he’ll also think it’s acceptable with your two-year-old niece. And if he’s a large breed dog remember that things that are not a factor when the dog is little can be huge problems when they are full grown.

The thing to always remember is that all attention (even negative attention) is attention. So the worst thing you can do to your puppy is ignore him. My rule is teeth touches skin stops play. If his teeth touch you you make a loud noise (hey!) and stop interaction for 10 seconds. If he does it again, same thing but do it for 20 sec. A third time is no more play. You mark it verbally and remove yourself (the reward).

And remember to try to remain calm. The more energy you give him, the more he’ll send back to you.

The other technique I use is to pick him by placing your hand under his body and turn him away from you, holding him. He will squirm around and might try to get to your hand but if you’re holding him correctly (from underneath him, palm up, holding him around his belly) he won’t be able to reach you. 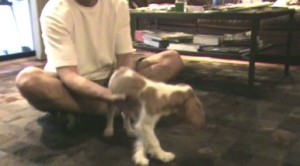 You hold him until he settles, then let him go. Chances are he will come right back at you. You calmly repeat the process once again. And again, and again, and again. You do it until he eventually realizes that this is no fun and he moves on to something else. Every time you do this it should take less and less time as he realizes it always ends your way, so why go through it over and over.

You see the worst thing that can happen to your dog is that nothing happen. If you get frustrated or try to “correct” the behavior, you’re only giving it attention – and all attention is a positive.

You also want to make sure you’re providing enough exercise, which just about everyone underestimates.

Taking the time and effort early on will be well worth it as your puppy will learn the rules and be a happy, well-behaved member of your family.