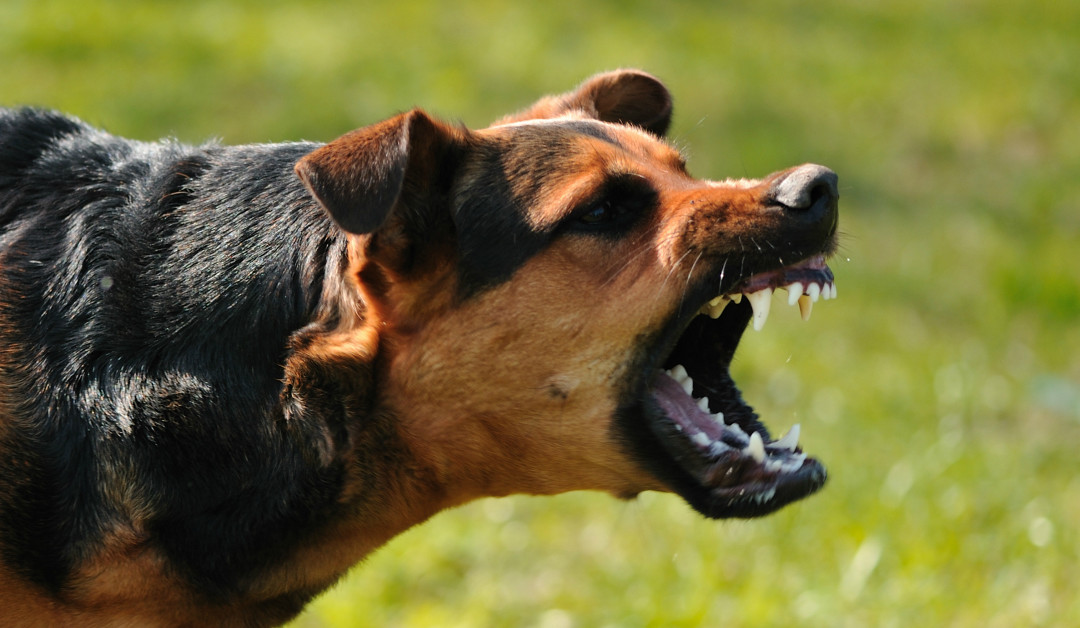 Did you know that most dog bites could be avoided?

Dog bites seem to happen for no reason and in most instances the blame usually goes to the one with the pointy teeth. However, most of the time I’m called in for an “aggressive dog” who’s bitten someone, I typically learn that it wasn’t really the dog’s fault at all.

In fact, it’s usually because someone unknowingly did something they really shouldn’t have. To me it’s becomes very obvious and quite understandable why nice, family dogs bite us from time to time.

Not long ago I got a call from a client with a Labradoodle that had bitten one of their friends. They were all sitting around the kitchen table having a discussion while the dog calmly sat near by. They were talking about something related to dogs and their friend wanted to illustrate some point he was making about handling, so he got up from that table, walked over to the dog and grabbed him by the hind quarters.

As soon as he put his hands on him, the dog lunged up and bit his hand, breaking skin and requiring a quick ride to the ER. Everyone was very upset and surprised by this. Everyone except me, that is.

I know this dog because I’ve worked with him before. So when I got the dismayed call from my client my first questions was, “doesn’t he have a history of not liking his rump and back legs touched?”

The answer, yes. Everyone at the table that night knew that. The friend who got bit knew that but either forgot or felt since the dog looked fine that it was okay to go ahead and touch him back there. Big mistake.

Who’s fault? Yup, the people, not the dog.

Yes, we need to work on changing the dog’s feelings about being touch, but we also need to understand his sensitivities and respect them. You know your dog, you know if he has any problem areas or triggers. And it’s your responsibility – NOT your dog’s – to make sure they are always taken into account and to make sure no one pushes those buttons.

I was once talking with a friend of mine who’s also a dog trainer about the times we’ve each been bitten and we discovered that pretty much 100% of the time was our fault. And I would say that most of the dog bite sessions that I do with clients are actually not the dog’s fault but the humans.

The great thing about dogs is that they are open books. Whatever they’re feeling is written all over their bodies. They always give off very obvious signs that they are not comfortable – most people are just not well versed in recognizing and understanding these signs. 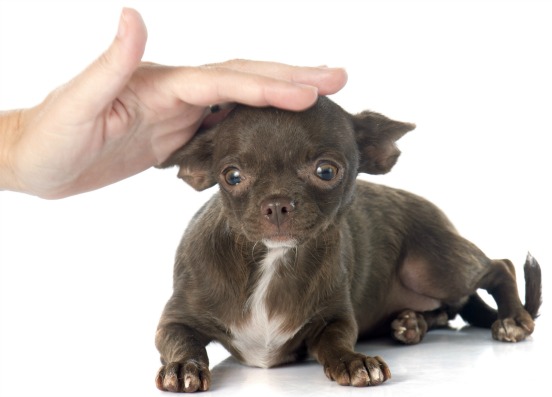 I think it would be obvious to most people that a growl is the dog saying I’m not cool with something, however, time and time again I’m doing a “dog aggression” case and I learn that the dog growled, telling the world that he wasn’t cool with something and the people ignored this warning sign and persisted in what they were doing, leading to the dog biting them (for more on growling check out my post, Why Growling is Good).

This is most common with kids and in fact most dog bite victims are children. Most of the time I’m called in for a dog biting a child I end up saying, “Yes the dog has some issues that need worked on but what you really need to do is train your kids better.” All the warning signs are usually there, but are often ignored.

Signs That a Dog is Uncomfortable

Let’s make sure this doesn’t happen to you. Here are some signs to look out for in your dog. If you see these things respect your dog’s feelings and take a look at what’s happening so you can identify what is triggering them.

1. Stiffness – The more waggy and in motion a dog is the better, the more still and stiff the dog is the more tension is there.

2. Steady and sustained eye contact – If your dog is staring at you while their body is very stiff, he’s sending you a big message that he’s not happy.

3. Tongue flicks – Often when a dog flicks his tongue in and out repeatedly it’s a stress response.

4. Growling – Seems like a no brainer, but too many people ignore this.

5. Lowered body posture – If a dog looks like he’s trying to melt into the floor by moving his body down and back, he’s saying he’s really not in a good place right now.

6. Ears flattened – When a dog has his ears flattened to his head, he’s kind of scared and should be given some space.

If you are conscious of these warning signs, respect that your dog is uncomfortable and don’t push him past his limits you’ll be able to avoid any teeth marks on your skin. I’ve worked with lots of aggressive dogs that have bitten a number of times and they don’t bite me. Do I just have some kind of magical dog training mojo?

Hell no (I wish!), No, the key is understanding the warning signs and making sure not to push a dog past their individual thresholds. If you do this, you avoid forcing the dog to do something that he really doesn’t want to do – and you can then help him improve by counter conditioning the trigger in controlled environment.

Now that you know what to look out for, let me tell you another quick story and see if you can spot the warning signs.

A employee at a dog daycare/boarding facility was walking down a row of kennels, checking up on the dogs staying overnight when he came upon a Chocolate Lab who “looked sad.” This dog-loving guy wanted to cheer him up so he opened the door and stepped into the kennel. Once inside he bent over the dog and pet him over the head once, twice and on the third pass the dog bit him on the hand, sending him to the hospital for stitches.

Do you see all the mistakes here?

The dog “looked sad” because his ears were back and his body was lowered. Then the person went into the dog’s space and corned him in a small enclosed space. Then, the kicker, he pets the dog over the head, which is something that almost all dogs DO NOT LIKE (they may tolerate it but trust me, they hate it).

As this guy told me the story it appeared obvious to me and I could have predicted it. Make sure you pay close attention and make yourself aware of what a dog is really telling you with their bodies and behavior.

Let’s Go To The Videotape

Take a look at the below clip but understand that this is from one of those stupid, very sensationalized programs that like to go big on drama and light on facts. So ignore the incorrect use of the word dominance and all the dramatic graphics and music. You only need to watch until the 1:30 mark – all the rest is BS anyway. Just look at this German Shepherd and tell me if you don’t see this coming.

Did you see the flat ears, the steady eye contact and the tongue flicks? This dog was NOT at all cool with this stranger leaning over into his face as he’s kept on a tight leash, eliminating all options of retreat.

Is this a bad dog? No way. I would say he’s amazing.

In the face of extreme discomfort he actually showed great bite inhibition and restraint. The reason the wounds were only minor is because that what the dog intended. If he wanted to bite that reporter’s face off he could easily done it. Not a bad dog at all  . . . only a very dopey human who didn’t know better.

One thing that drives me crazy is that so many people thinks it’s totally appropriate to stick their face right into a strange dog’s face. I see this at rescues events all the time from both the general public and rescue volunteers. Why on Earth would you assume that a dog you don’t know would want your face jammed into theirs?

Here’s another well known video where a reporter gets bitten. The dog is showing less overt warning signs here but the reporter feels the need to stick her face into the dog’s face.

In both the above videos the dogs are restrained, and I would bet big cash that if they were not restrained they would have just high-tailed it out of there to get their space back. But when flight wasn’t an option, they were only left with one course of action: assertively get back their personal space.

Here’s how to never get bitten by a dog: Always let the dog come to you – never go into the dog’s space. Let the dog initiate the contact and be the one to decide how close to get, always leave them an open path to move away if they choose and respect their wishes.

[spp-tweet tweet=”Always let the dog come to you – never go into the dog’s space.”]

Let’s all learn from these misinformed reporters and take care to note the signs that a dog is not comfortable and make sure you don’t push his buttons.

If you’ve been bitten by a dog before, looking back now, were their signs that you didn’t recognize that might indicate the dog was uncomfortable? Was the dog in a situation that you now know might not be good for him?

Please let me know your thoughts in the comments below.