Why Retractable Leashes Are Bad For Your Dog 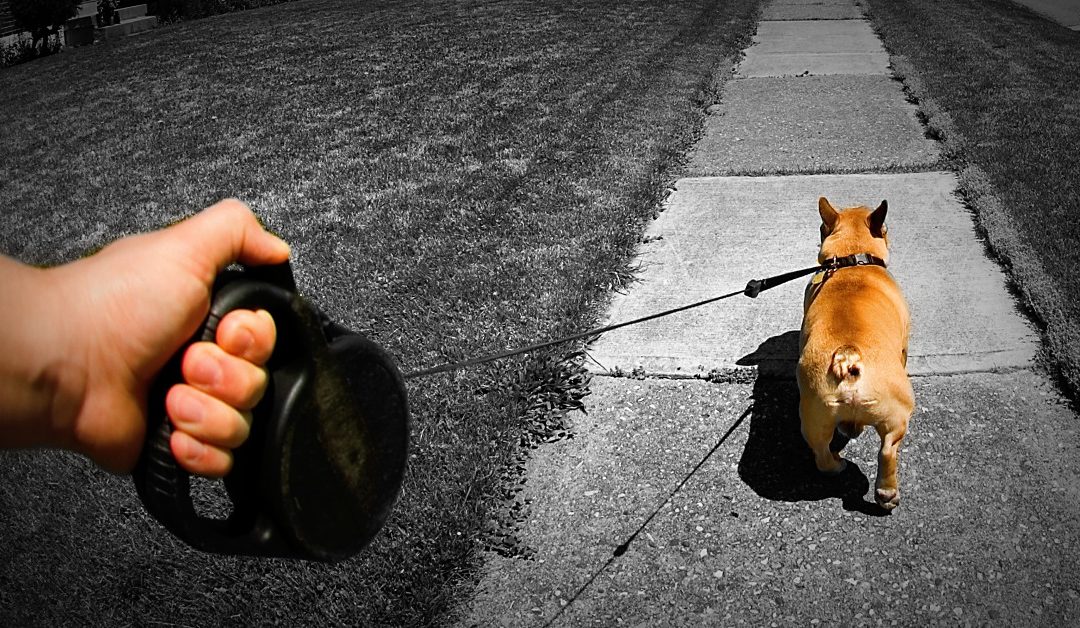 I’m not sure who invented the extendable leash, but I’m guessing it was probably some vindictive cat or maybe one of the ignorant politicians responsible for breed bans.

Who ever did it, they obviously don’t know or care about our dog’s well being.

I know you may use it and like it, however I’m hoping to open your mind on why you might want to rethink it.

If you’re not familiar with it, the retractable leash consists of a small enclosed plastic housing that contains a thin rope or ribbon-like leash coiled within it and a comfortable handle. You clip your dog on and let him walk or run ahead of you while you walk. They typically come in 10, 16 and even 26 foot lengths.

On the surface, it seems like a useful tool. I mean your dog seems to always want to be out in front of you so why not let him have some space and forge ahead?

Doing that, however, can create some problems as well as some pretty significant safety concerns.

The Problems with Distance

One of the things that people say about the retractable leash when I tell them that it’s no good is they say that their dog likes to walk fast so they let him go to the end of the line. That confuses me because you’re actually going the same speed – your dog is just 10 to 26 feet in front of you.

The other thing people say is that their dog prefers the room and doesn’t like walking close by them. That’s like saying my kids don’t want to listen to me so I just let them do whatever they want. Remember, having a dog is the same as being a parent. There are rules and boundaries for a very good reason (like safety and creating a well behaved adult).

Here’s the problem with giving your dog all that space from a behavior standpoint. The walk is a team sport and a relationship building exercise that should be structure by you (just like everything else). If your dog is 16 feet in front of you, I’ve got news for you – you’re not on the same walk! 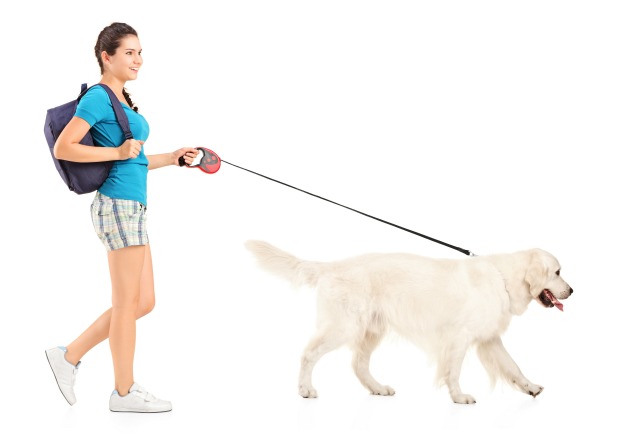 The walk is one of the best ways to connect with your dog and intimately interact. I’ve found that most people who walk their dogs on retractable leashes usually have trouble getting their dogs to listen to them because their dogs are used to doing their own thing. The walk should be structured (most of the time) and you should be the one deciding the pace.

Also, the farther your dog is away from you the harder it is to communicate and the less your dog is including you in his decision process. You just can’t influence behavior from that far away (unless you’ve done a lot of off leash training).

Don’t believe me? The next beautiful day ask your significant other to go for a nice walk – but walk 16 feet in front of them and try to have a conversation. Not really possible is it?

That’s because at that distance you’re no longer on the same walk. You’re two separate entities and can’t effectively communicate. Not a great way to spend QT with a loved one.

As you walk with your dog, you want to him to be checking in and sharing the experience with you. Letting him walk so far ahead is a way to distance your relationship and create a dog that just does his own thing.

If you’re not sold on all the negative behavioral effects of using a retractable leash, let’s go over some of the many ways they are unsafe for both you and your pooch.

Firstly, it’s so much harder to control your dog when they are attached by a rope at a distance. If they react or run or lunge, they will be all over the place as they move, which could include running into the street or reaching another dog or person in a bad state of mind. Not good.

Also, when the leash is extended it’s very easy to get tangled in things or around people. I once was asked to appear at a local street festival for dogs and got quite a chuckle watching all these people walking their dogs on retractables in the crowd and getting completely tied up on things and entwined with each other. 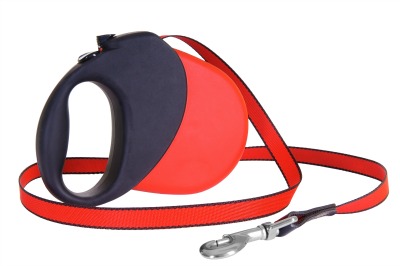 Which brings me to the injuries that can incur from them. Just do a quick Google image search for “retractable leash injury” and you”ll see some nasty stuff. Those thin ropes used in the extendable leashes can cause some serious burns and in even completely sever a finger. Yikes.

Here’s a story that will hopefully illustrate how dangerous they can be to your dog.

Back when I just adopted my Pit Bull, Hayley, I wasn’t a trainer and was pretty much uneducated on all things dog related. Like so many others, I mistakenly thought the retractable leash seemed like a good choice and was out walking my dog on a quite residential street in the middle of the day.

We were just passing this house with 4 foot tall bushes bordering the property right at the sidewalk. Hayley was at the limit of the 16 foot retractable leash ahead of me and reached the end of the bushes where the driveway for the house emptied into the street. I was lost in thought and not really looking around so I didn’t see the car backing out of the driveway toward the street. The driver saw me above the bushes but not Hayley.

Thinking she had plenty of room to pull out before I walked the 16 feet to the driveway, she accelerated. At the very last moment I saw the car approaching Hayley and pulled her back to safety just in the nick of time. Hayley was safe but I was traumatized at what almost happened.

That was the last day I walked her on a retractable leash.

Situations That They May Be Okay

So for all the reasons we just covered, I don’t feel that retractable leashes have any positive uses when walking your dog in urban or suburban streets. Nothing good comes of them.

However, I do feel that there are some places and situations that they might make sense to use (although I still don’t).

If you’re in a large field with no obstacles or other people or dogs around and you want to give your dog some room to explore, sure – go for it. Or maybe if you’re just letting the dog in the back yard for a quick bathroom break and you don’t have a fenced in yard, you could use it.

But that’s about it.

On a whole I don’t like them one bit and others seem to agree as they are now being banned from many public parks and events because of all of the problems they can cause. If you insist on using them with your dog and are planning on attending any kind of dog event, please leave the retractable leash at home.

Personally, I think that you should go throw them out right now, immediately after you finish reading this post. Switch over to a standard 6 foot leash, which will allow you to walk with your dog the right way and keep both you and your dog (and all those around you) safe.

And if you ever come to an event that I’m organizing please don’t be surprised or offended when I make you ditch the extendable for a good old six footer.